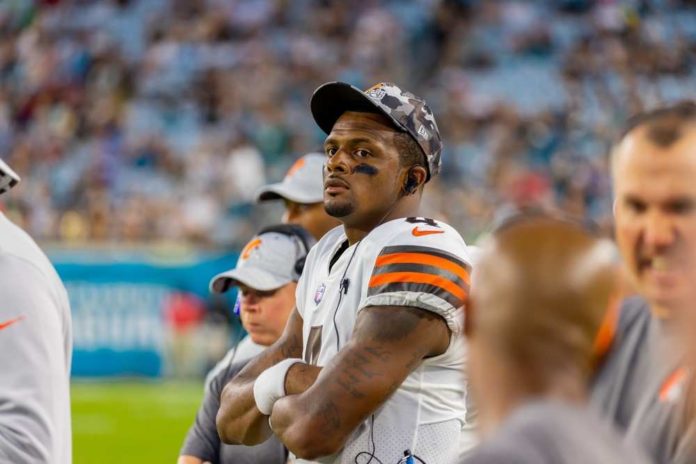 This is the same quarterback who just completed an 11-game suspension for violating the NFL’s personal conduct policy for dozens of allegations of improper behavior. Perhaps it is not so surprising, as James himself has courted criticism over several personal stances.

The basketball star slammed former President Donald Trump, mocked Dallas Cowboys owner Jerry Jones for asking his players to stand for the national anthem, tweeted a not-so-veiled threat to a police officer, and supported China despite its deplorable record on human rights abuses.

So rushing to praise Deshaun Watson, accused of misconduct by multiple massage therapists, may just be par for the course.

Watson was not criminally charged and settled most of the lawsuits out of court. The NFL, however, found enough evidence to suspend him for most of the season and fine him $5 million.

LeBron James stopped supporting the Dallas Cowboys because Jerry Jones was photographed in high school looking at a historical moment.

The hardship of the lengthy suspension and hefty fine was eased by the fact that he’d already been rewarded by Cleveland with the richest guaranteed contract in league history.

The Los Angeles Laker, noting a strong second-half performance Sunday by Watson, tweeted: “Yessir D Watson!! Another one. That boy getting his rhythm back!”

Another noted that it’s not like Watson is returning from a devastating injury but from multiple accusations of inappropriate conduct. One fan questioned how James could go from no longer “being a Cowboys fan” to actively supporting Deshaun Watson.

James, who some consider to be a “moral compass” for the sports world, was further slammed for “cheering on his favorite…deviant.”

Viewers noted that even the network broadcast crew did not want much to do with Watson. During Cleveland’s comeback over the Washington Commanders, cameras were noticeably turned away from the quarterback.

James, who recently turned 38 and should know better, has a long way to go to be a true “moral compass” for sports. Support for Deshaun Watson, who has yet to own up to his alleged actions, is just another sign that the basketball superstar’s “outrage” is selective at best.