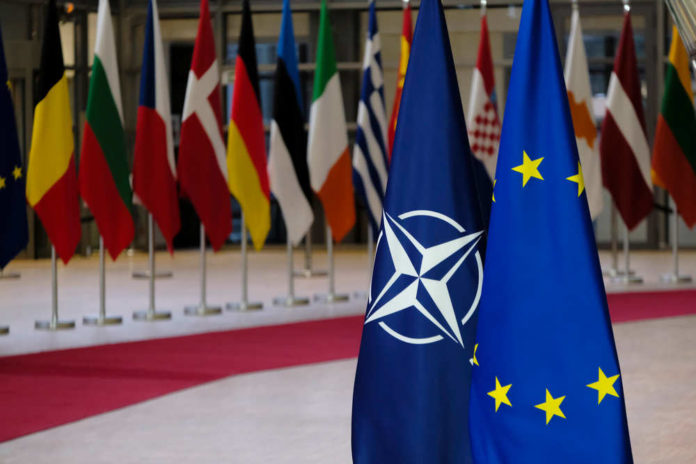 Even as the Russian assault on Ukrainian cities continued Thursday, the framework for an end to the invasion is in its formative stage. Far from a finished agreement, the outline of the 15-point plan calls for Kyiv to reject NATO membership and not host foreign military bases or equipment. Ukraine in turn would be under the protection of Western allies.

Multiple sources familiar with the talks confirm their progress towards a ceasefire, though a major sticking point is in Russia accepting Western guarantees of Ukrainian security. Kremlin spokesman Dmitry Peskov said Ukrainian neutrality “could be viewed as a certain kind of compromise” and described some provisions as “close to agreement.”

Russian President Vladimir Putin and the Kremlin may be close to accepting their inability to fulfill their ambitions of toppling the Ukrainian government and setting up a puppet regime. The unexpectedly fierce resistance of Ukraine and its president along with the unified Western response may result in a pivot to settling for Ukrainian neutrality.

While Russian forces have battered Ukraine’s cities in the three weeks since the invasion began, they have not taken control of the country as planned and have absorbed considerable losses in the face of its determined resistance. And earlier this week Zelenskyy acknowledged that Ukraine’s membership in NATO is unlikely at this point–possibly leaving an open door for Putin to exit a situation immensely more difficult than he anticipated.

Giving Putin a means to save face may be the strategy that brings an end to the conflict.

Putin has consistently opposed both Ukraine’s and Georgia’s NATO ambitions, and while the West calls his demands for a permanent ban on Ukrainian membership a non-starter, Zelenskyy has noticeably backed away from the possibility of joining the alliance.

Even as the White House says it does not see Russia take actions to de-escalate, it will be difficult for either side to walk away with an agreement they will be happy with. Russia will be forced to withdraw without a clear victory while Ukraine will forego NATO ambitions and somehow coexist with an authoritarian neighbor who brought death and destruction in an unprovoked invasion.

As for the U.S., sanctions will only be lifted if there is a clear end to military aggression and Russian troops are removed from Ukrainian territory. It is tough to foresee the return of anything close to normal relations between the powers in the near future.