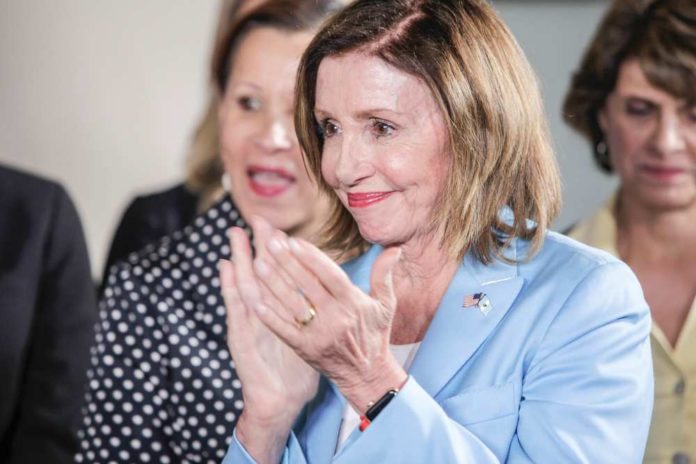 According to the audio released by San Francisco police dispatch, Paul Pelosi, the husband of House Speaker Nancy Pelosi (D-CA), said in an emergency call that the suspect who allegedly broke into his home “is a friend.”

So Pelosi KNOWS HIM?! 😳 Ohhhh can’t wait for the next chapter!! 😂

In the audio of the call, which took place early Friday morning, the police dispatcher says the person who called emergency services identified the man as a friend named David and said they were waiting in his house for his wife to return.

“RP (reporting person) stated there’s a male in the home and that he’s going to wait for his wife,” the dispatcher says in the recording. “RP stated that he doesn’t know who the male is but he advised that his name is David and that he is a friend.”

Officers said they responded to the call to find 42-year-old David DePape reportedly only wearing underwear while they both held onto a hammer. DePape tore the hammer from Pelosi’s grip and attacked him with it.

Authorities were able to take DePape into custody, and they charged him with multiple felonies, including attempted murder, assault with a deadly weapon, and elderly abuse.

As part of the investigation into DePape’s motives, police visited a home in Berkeley linked to the suspect. Neighbors reportedly call the home the “hippie collective.”

Though many members of the media have already begun pushing a narrative that DePape is a right-wing extremist radicalized by GOP campaign rhetoric, the photo of DePape’s supposed home paints a different portrait, as there are several symbols of liberal causes displayed at the residence.

For example, there is a rainbow-colored American flag with marijuana leaves prominently hanging from a tree in front of the house.

On one of the windows hangs a “Black Lives Matter” sign, while in another window there is a sign for “Berkeley Stands United Against Hate,” a Berkeley-based organization with the mission to “stop the hate and implicit biases that are a dangerous threat to the safety and civility of our neighborhoods, towns and cities.”

As more details emerge, the knee-jerk story offered by media liberals that the GOP is to blame for DePape’s shocking break-in is cast in more and more doubt.