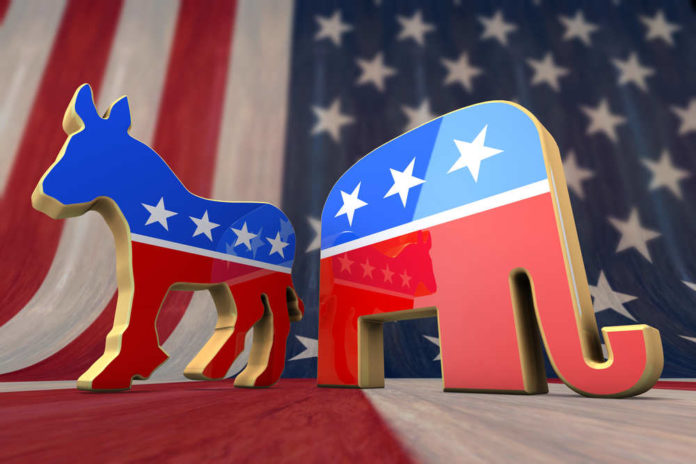 The midterm elections will soon be complete. Democrats are expected to lose big, and they’re doing everything they can to avoid this outcome.

A huge part of that involves trashing the GOP and saying democracy is done if Democrats do not win. Despite the left’s clear interest in keeping power, folks on that side of the aisle are not reflecting on why they are projected to lose so badly.

Even the Senate — which was once viewed as a toss-up — is now leaning in favor of Republicans. When it is all said and done, the attacks against the GOP from Democrats are not stopping the imminent red wave.

The moon is even expected to even turn red on Tuesday, November 8.

What to Know About the Approaching Red Wave
Recently, California Gov. Gavin Newsom (D) admitted during an interview that the red wave coming in the midterm elections is tangible. The California governor also conceded that his own party is doing extremely poorly when it comes to their messaging strategies.

Meanwhile, new data reveals that GOP turnout in these midterm elections is likely to be greater than expected.

Across the nation, early voting has already begun. Though in some states, GOP voters outnumber their Democratic counterparts. Given that data shows Democrats are more likely than Republicans to vote early, this is yet another sign working in favor of a red wave.

Democrats, meanwhile, are focusing on abortion and electric vehicles while they campaign to help their candidates win. The problem is these issues are not top of mind for voters. The economy and crime, on the other hand, are issues most Americans worry about.

Naturally, because left-wing policies worsened crime rates and the economy, Democrats want to steer clear of these problems. Voters are not amused, though. From the looks of things, they are casting their ballots accordingly.

The Bottom Line
Democrats’ efforts to stop the red wave by fearmongering, spreading lies, and trying to distract Americans from critical issues are not working. The red wave is coming because Americans want a change in leadership that actually works for them.

Most people would like inflation and gas prices to go down. This will not happen under Democrats who already confirmed they will keep spending unless they lose power in Congress.

Maybe these Democratic voters will show up at the polls on Tuesday? Doubtful, as republicans lead democrats in voter intensity by double digits. (27/29)

This upcoming Tuesday will be a great day for not just the conservative movement, but also the United States itself.