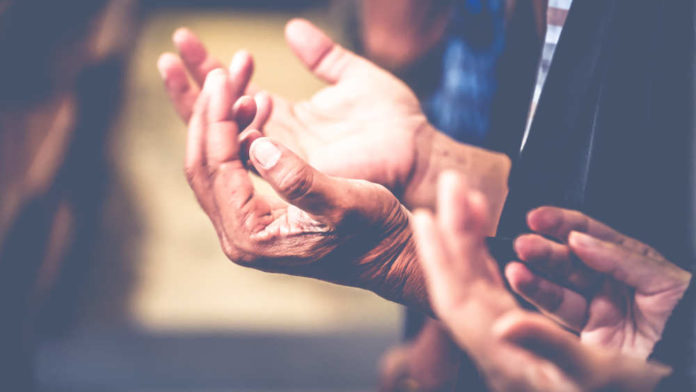 An advocacy group committed to assisting persecuted Christians around the world is attempting a different approach. The Philos Project set out to work with Muslim civil society groups to aid their brethren in far-flung locations around the globe.

Christians have lived in the Middle East since the time of Christ, but in many instances, the response to their persecution is to evacuate them from their homes. This protocol is getting a new look.

Philos is laboring to help Christians in the lands of their birth avoid being uprooted. Speaking to the Washington Examiner, founder Robert Nicholson said his new tactic is getting a positive response from area Muslims.

The key, he declared, was to approach the community in a non-hostile manner.

Nicholson said Philos has been “very surprised, pleasantly so, with our response from Arab and Muslim states. We have been very transparent.”

This is what Paul tells Timothy while in a Roman prison, abandoned by many, the Church (less than 100 years old) being persecuted throughout the world. Christians today, after a pandemic, deconstruction, and failed leadership: "We are done." pic.twitter.com/9Qw0nEKfXN

He added that the organization’s model is to ask for cooperation from Muslim groups while emphasizing that “this is not a weapon through which to cudgel them, or scold them…This is an effort to make Christian populations sustainable.”

The movement comes on the heels of a shocking 2021 report that showed Christians are the most persecuted religious group in the world. The study by Open Doors USA revealed that 360 million Christians live in nations where persecution is categorized as “significant.”

In 2021, approximately 5,600 Christians were murdered for their faith, over 6,000 were detained or incarcerated, and still another 4,000 were kidnapped.

Over 5,000 places of Christian worship were destroyed.

The group cited 11 nations as sources of “extreme persecution,” with Afghanistan replacing North Korea as the most dangerous country for Christian believers. Converts from Islam either “have to flee the country or they will be killed.”

Even worse, President Joe Biden’s bungled abandonment of the Kabul government and subsequent Taliban takeover made the situation more “extreme in all spheres of public and private life.”

As for North Korea, Open Doors reports that “any North Korean caught following Jesus is at immediate risk of imprisonment, brutal torture, and death.”

Philos is dedicated to bridging the divide between Christians and Muslims in some of the world’s most dangerous corners. Besides diplomacy, the group extends humanitarian aid to beleaguered Middle Eastern Christian communities in the backyard of the birthplace of Christ.